Ladies & Gentlemen, please join us from your homes for the Living Room Film Festival. Even though the theater is closed for in-person screenings through the end of November, we will still be curating this Virtual Cinema series. These remain films that you can’t yet buy via an on-demand service - in any other time, you’d have to go to the theater to see them.

Films will still open on a Friday and run for two-three weeks, and our plan is to always have a slate of distinctly different titles running. We’re partnering with a lot of different distributors on these, which means there will be a few different ways of accessing the films; instructions on how to watch the film once you have purchased your virtual ticket are listed with each title.

Please note that we are not hosting these films ourselves, so we are not able to provide technical support directly. Each distributor has a customer support email listed for their films, and have been very quick to respond.

So get the popcorn popping, and dim the lights. And if you happen to have blue & red neon tubes running the length of your ceiling, make sure you flip those off once the trailers are over. "And now, our Feature Presentation..." 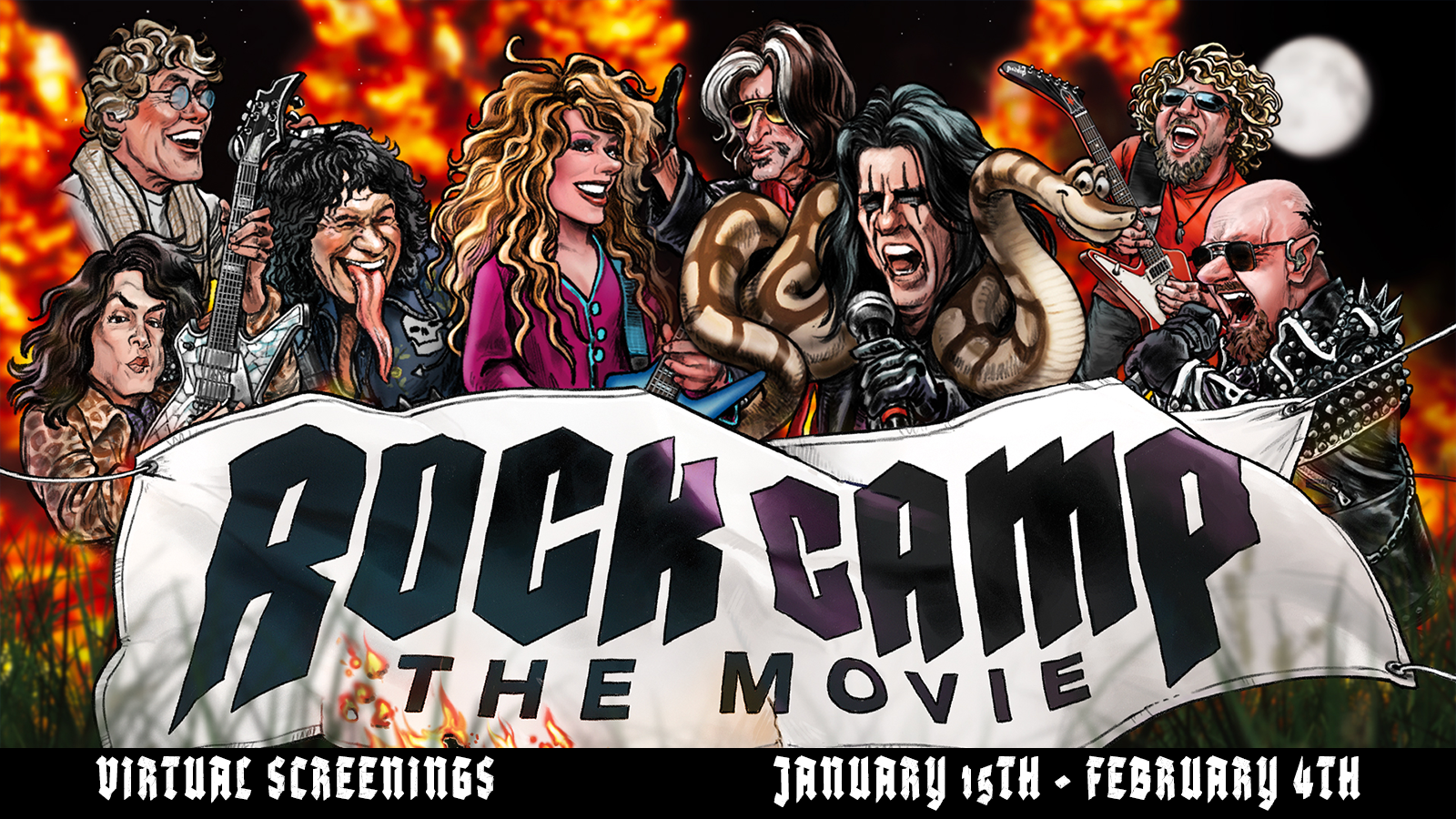 Summer camp meets Spinal Tap as we journey to Rock ‘n’ Roll Fantasy Camp in this new documentary, where dreamers from across America and around the world gather to shred with their heroes - and learn to rock like the legends. Rock Camp is an institution and cultural phenomenon that has been going on in Los Angeles, New York and other cities since 1996. The brainchild of music producer David Fishof, Rock Camp boasts a jaw-dropping array of rock star “counselors” that include Roger Daltrey, Alice Cooper, Paul Stanley and Gene Simmons, Nancy Wilson, Joe Perry, Jeff Beck, Slash and countless other rock legends. The counselors teach, inspire and jam with the campers over the course of four days. Each Rock Camp concludes with all of the counselors and their respective campers, performing together.

From January 15 to January 31, $1 from every ticket sold will benefit MusiCares, which provides a safety net of critical assistance for music people in times of need.

In addition to the feature, there will be a pre-recorded Q&A available to view beginning Saturday, 1/16, for all ticket buyers.

For ways to watch and additional help 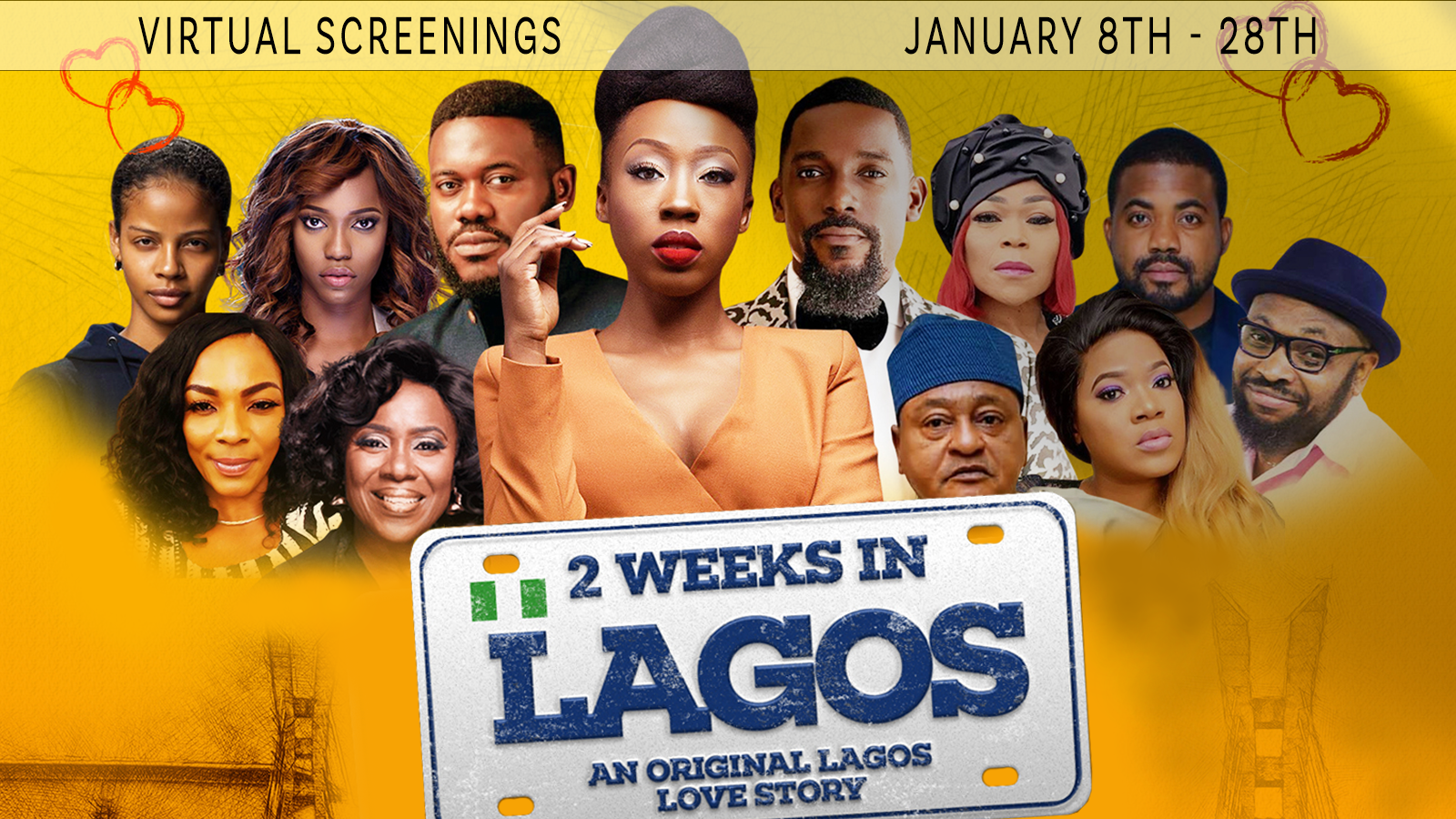 Director Kathryn Fasegha's new romantic comedy is a turbulent and thrilling journey into the lives of Ejikeme and Lola, whose paths collide when investment banker Ejikeme comes home from the United States with Lola’s brother Charlie to invest in Nigerian businesses. Upon meeting Lola, Ejikeme falls in love with her and must defy his parents’ plan to marry him to the daughter of a wealthy politician. 2 WEEKS IN LAGOS captures the excitement, vibrancy, and complexity of everyday life in Lagos, a dynamic city where anything is possible in two weeks. NR / 115 min. $10

“Nigerian filmmaker Kathryn Fasegha’s sophomore feature is one of those great surprises that remind us why we love movies. Through the simple premise of two families coming to terms to decide their future and legacy, focusing on the romantic bridge between the youngsters, the director conceives a heart-warming, enchanted, funny and perceptive look at family values, faith, integrity, pure love and capital interests.” ~ Brazilian Press

For ways to watch and additional help